E-COURSES
The Truth About Synthetic Drugs
0%

Welcome to The Truth About Synthetic Drugs

Thank you for enrolling! You’re about to see videos and read material that will give you the truth about synthetic drugs so you can make your own decisions based on facts, not opinions or someone else’s ideas. You can track your progress through the course, and every time you sign out, you can pick up where you left off when you sign in again.

Watch the video above, then continue You are correct! Sorry, that's not correct. You got %score out of %total correct! Next Finish Restart ONLINE COURSE
3.10 Read the booklet

A SHORT HISTORY OF N-BOMB 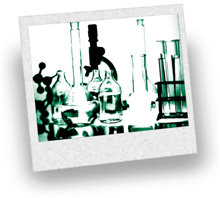 N-bomb was discovered in 2003 by chemist Ralf Heim at the Free University of Berlin, Germany. It was derived from a group of drugs called the 2C family of phenethylamines (PEA).

The 2C PEA, originally made in labs in the 1970s where scientists were studying brain activity on rats, produces hallucinations and mind-altering experiences similar to LSD.

Nine of the PEA drugs were made illegal in the U.S. in 2012, including the substance used to make N-bomb.13

Drug dealers produce various versions of N-bomb in secret laboratories or import them in bulk from China, India and other countries. Manufacturers vary the formula in attempts to get around the government bans, and users never know what they are taking or how potent it will be.

An estimated 19 deaths in two years have been linked to the drug in the U.S. alone.14