THE HARMFUL EFFECTS OF MARIJUANA 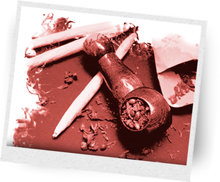 But the problem does not end there. According to scientific studies, the active ingredient in cannabis, THC, remains in the body for weeks or even months.23

Marijuana smoke contains 50% to 70% more cancer-causing substances than tobacco smoke.24 One major research study reported that a single cannabis joint could cause as much damage to the lungs as up to five regular cigarettes smoked one after another.4 Long-time joint smokers often suffer from bronchitis, an inflammation of the respiratory tract.25

The drug can affect more than your physical health. Studies in Australia in 2008 linked years of heavy marijuana use to brain abnormalities.26 This is backed up by earlier research on the long-term effects of marijuana, which indicate changes in the brain similar to those caused by long-term abuse of other major drugs. And a number of studies have shown a connection between continued marijuana use and psychosis.27 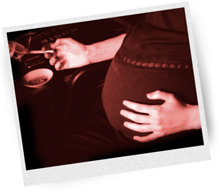 Marijuana can change the structure of sperm cells, deforming them.

Thus even small amounts of marijuana can cause temporary sterility in men.28 Marijuana use can also disrupt a woman’s menstrual cycle.29

Studies show that the mental functions of people who have smoked a lot of marijuana tend to be diminished. The THC in cannabis disrupts nerve cells in the brain, affecting memory.30

Cannabis is one of the few drugs that causes abnormal cell division, which leads to severe hereditary defects. A pregnant woman who regularly smokes marijuana or hashish may give birth prematurely to an undersized, underweight baby. Over the last 10 years many children of marijuana users have been born with reduced initiative and lessened abilities to concentrate and pursue life goals.31 Studies also suggest that prenatal (before birth) use of the drug may result in birth defects, mental abnormalities and increased risk of leukemia (cancer of the bone marrow) in children.31