Professional driver Nate Straus uses his status as a winning stock car racer to promote the message of the Foundation for a Drug-Free World. 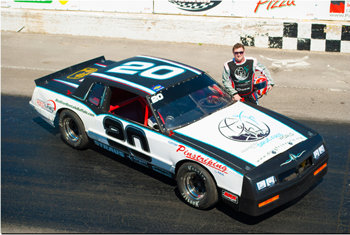 Professional stock car racer Nate Straus with the car he drove at the Lancaster National Speedway in New York, promoting the message of the Foundation for a Drug-Free World.

The champion stock car driver is passionate about preventing the senseless, alcohol-related deaths of more than 10,000 people on American highways each year. And marijuana and cocaine, often in combination with alcohol, are responsible for some 18 percent of all motor vehicle-related deaths in America annually.

To demonstrate his commitment to combat drunk and drug-impaired driving, when Straus took the checkered flag in first place on August 29 at the Lancaster National Speedway in New York during the final race of its Saturday Night Stock Car program, he displayed the logo of the Foundation for a Drug-Free World on his racing suit and the hood of his car.

At each of his races this year, Straus autographed copies of The Truth About Drugs booklets for his fans. The booklets present the unvarnished truth about painkillers, prescription drugs, heroin and synthetic drugs—all in the Buffalo-Niagara region.

The National Institute on Drug Abuse further reports that:

Straus is one of thousands of partners of the Foundation for a Drug-Free World who uses Truth About Drugs booklets and videos to make a difference.