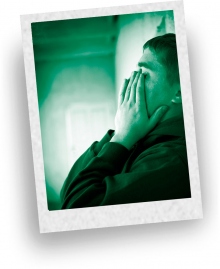 “We managed to put my friend in the car… During the trip my friend unbuckled the seat belt and tried to open his door and jump out while the car was moving at about 60 mph.

“I tried to get my friend to explain to me everything that happened that day, in order to check his mental state. He was unable to remember ANYTHING that had happened…” —T.S.

In some users, N-bomb causes persistent and severe anxiety and depression that may last for months or years. It shows up as visual hallucinations in the form of trailing colors, widely distorted visual images, and color flashes.

Use of N-bomb can also result in kidney failure or death.

One 18-year-old male user was hospitalized with seizures after his first-time use. Doctors were unable to stop the seizures, and he spent four days in a drug-induced coma.

An 18-year-old man in Minnesota bought a drug without knowing that he was actually purchasing 25I-NBOMe. He sold some to his “friends,” they took the drug together and one of the friends began “shaking, growling, foaming at the mouth” and smashing his head against the ground, according to witnesses. He ultimately passed out and died. The young buyer/dealer was charged with murder.

A 21-year-old man in St. Louis, Missouri, had a similar experience. After taking the drug, his limbs suddenly began to flail around and he started ripping accessories from the car he was riding in. He died shortly thereafter. 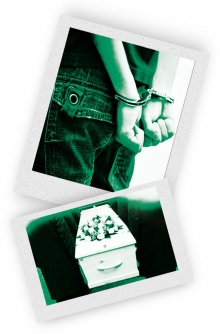 “I woke up in the hospital, handcuffed to the bed with a police officer sitting beside me and I had no idea what had happened. Apparently I was lying on the floor and not responding to anything… I had high blood pressure and a racing pulse and was told they were surprised I didn’t have a heart attack/stroke or die. At one point while a nurse was trying to take blood, I punched him and had to be restrained. I punched a police officer as well. I was in the hospital for 3 days and was told by several doctors it was a miracle I didn’t die that night.” —N.B.

“I had no sense of who I was. All I knew was that I was in trouble. This went on for hours… heart rate above 140 beats per minute and my temperature fluctuated wildly. I had no control over my emotions or thoughts, all I knew was that I was terrified. I don’t think you understand hell until you come this close to death. Just because I survived this doesn’t mean that you will. I truly believe that even 1 milligram more would have killed me. I could have easily died from a heart attack or overheating and am lucky to be alive. This drug isn’t worth the risk.” —G.M.