The long-term effects on humans are not fully known, but poison center experts report that effects of synthetic marijuana can be life-threatening.

It can be addictive and lead to withdrawal symptoms which include craving, nightmares, heavy sweating, nausea, tremors, headaches, extreme tiredness, insomnia, diarrhea, vomiting, problems thinking clearly and neglect of other interests or duties.

After repeated and long-term use of the drug, users can experience forgetfulness and confusion. Some users have reported experiencing paralysis.

The Wyoming Department of Health found 16 cases of kidney injury following use of the drug in six U.S. states.4 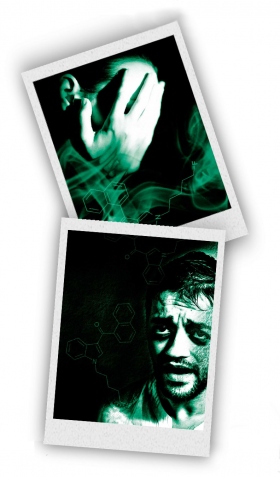 “After using Spice for several weeks, I woke up early one night, fell to the floor, couldn’t move my legs and couldn’t move my hips. All I could do was drag myself by my forearms and that wasn’t making it anyway so I laid on the floor for 13 hours, screaming, pounding the floor asking for help. Doctors say another two hours and I would have been dead. I’m going to be in the hospital for a long time to come.” —L.D.

THIS IS WHAT HELL IS

“I want to share my experience with K2. It ruined my life. When I tried smoking K2 for the first time, it was like everything dissolved into what seemed like the fuzz on the TV screen. I remember thinking ‘This is what hell is.’ All I could feel was awful fear. I heard voices of family members, flashbacks to when I was younger, the worst experience I’ve ever had. I was shaking horribly, and I felt terrified and sick. Ever since that day, I have had awful anxiety on a daily basis. I had to quit school because my anxiety was so bad.” —J.W.

I AM JUST NOT ALL THERE ANYMORE

“I overdosed on Spice and I haven’t been the same since. I was just sitting there smoking until it all hit me. I couldn’t see right or walk and then I threw up about 6 or 7 times. I woke up my mom and she laid me down on the couch and called the ambulance. About 10 minutes before the ambulance showed up, I started to have seizures. I woke up in a hospital bed on life support. I had gone into cardiac arrest* for a few hours and they thought I wasn’t going to wake up, but I survived it and I have not been the same. I stutter a lot now and I can’t concentrate on anything. I’ll be telling a story and just go blank and not know what happened. I always see these dots and I am just not all there anymore.”—D.Y.

“I am a former addict of synthetic marijuana. I became hooked while on probation. I used it to get high and still beat drug tests. I went from a gram or less a day to over 3 or 4 a day. As my addiction progressed, my ability to control basic behaviors and motor skills** deteriorated. I grew more aggressive when I became upset, which became more frequent the more and longer I used. One morning I had a psychotic break during which I blacked out and almost killed my wife. I was arrested and my probation was revoked. Since being released, I share my experience with others to encourage them not to use this drug.”—S.W. 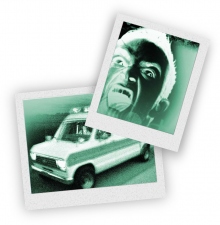 In August 2013, a 21-year-old mother who was under the influence of Spice had thrown her four-year-old into a trash bin and when arrested by the police could not remember where her son was. Her child was later retrieved from the trash and taken by the police, who turned him over to Child Protective Services. The woman was charged with abandoning her child.

In January 2011, an Omaha teen shot two school administrators, killing one, before taking his own life. Medical tests revealed K2 in his system.

A 21-year-old Louisiana man slit his throat while high on K2 for the first time. Fortunately, his mother was able to control the bleeding until help arrived.